Traditionally, root canals have a negative reputation. This is rather unfortunate, as many patients end up afraid of getting a root canal, even though it's a safe and effective procedure for dealing with pain and tooth decay. If you're currently experiencing nerve pain in a tooth and don't know how it can be eliminated without actually removing your tooth, then here's what you should know.

When a dentist tells you that you need a root canal for nerve pain, that means that the tooth has undergone significant damage that can't be resolved by simply drilling and filling it, like with most cavities.

Nerves are buried deep down in the tooth. They let you feel things like pressure, heat, and cold, but when the nerves are damaged by things like injuries, severe tooth decay, or infections, they can begin to work abnormally. This damage makes nerves more sensitive to touch and temperatures, and by being infringed upon, they can hurt even when nothing is going on. In severe cases of tooth decay leading to nerve damage, there may be a big enough hole that the nerves are actually exposed to the surface, which can be excruciating.

Root canals are sort of like an advanced form of having a tooth filled, except that they address the entire interior of the tooth instead of just a decayed hole.

A root canal opens up the inside of the tooth and removes everything inside of it, including the pulp, dentin, and nerves. By removing the nerves from the tooth, the pain you've been experiencing will be eliminated.

Getting a root canal isn't really much different than having a tooth filled, at least for the patient. You'll sit in a normal dentist's chair, lean back, and have some medication injected into the gums to ensure that you're not feeling any pain during the root canal.

From there, your dentist will get to work. The tooth's center will be drilled into, and the interior will be removed with a small, precise drill. Once your dentist has confirmed that all damaged and infected tissue and nerves are removed, the tooth will be filled back up. In most cases, it will also need a crown placed over it, as the tooth may not be as strong as it was prior to the procedure. However, with a crown on top, you can expect your tooth to be fine for many years to come and to act just as it always did prior to the pain beginning. 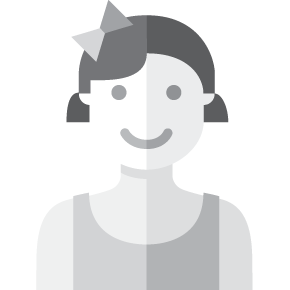 When I go to college next semester, I’ll be applying for my school’s pre-dentistry program. From there, I plan to go to dental school and become a cosmetic dentist. I can’t wait to learn how to help my patients uncover their most dazzling smiles. You’d be surprised how much cosmetic dentistry can do for you. I started this blog to talk about the techniques, advancements in cosmetic dentistry, new dental technology, and other news you can use concerning the field. If you’ve ever considered seeing a cosmetic dentist to improve your smile, this blog is for you. You deserve a glamorous smile too!

Root canals have something of an undeserved reputa …

How Early Gum Disease Can Cause Tooth Pain
10 November 2022

Tooth pain happens for many reasons. Cavities and …

Salvaged Or Extracted: Can A Loose Adult Tooth Actually Be Saved?
11 October 2022

Your adult set of teeth is also called your perman …

Counting The Cost: Why Cosmetic Dentistry Is Worth The Price
1 September 2022

One of the reasons people avoid having cosmetic de …